Timothy Joseph, Ph.D., is a fishery biologist, chairman of the Watts Bar Ecology and Fishery Council, wbefc.org, and a resident of Rockwood. 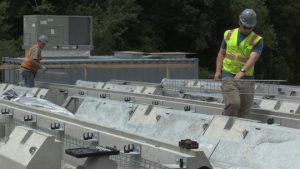 The optimism expressed in the article “Officials optimistic about progress in fight against Asian carp” is misplaced. The facts stated by Tennessee Wildlife Resources Agency fisheries chief Frank Fiss concerning the lack of seeing silver carp reproduction is good news. However, it is merely a temporary reprieve.

The silver carp have taken over nearly the entire Mississippi River and Ohio River watersheds and are in the lower portions of the Tennessee River, including Wheeler Reservoir. They are moving upstream. TWRA is correct that once in a lake, they severely alter and essentially destroy the natural ecosystem, out-compete native game fish, bring an end to fishing tournaments, pose a major threat of serious injury to lake recreation, lower property values, reduce local county tax revenues and annihilate the economic engine of tourism/recreation.